April means springtime on the side of the world I now call home, so I decided to do a bit of dietary spring cleaning. See, for years and years and years now, I’ve struggled with hayfever and related grossness, as well as bad skin, and just about everything on the “dairy contributes to…” list. And I’ve been told numerous times that cutting dairy out of my diet would solve at least one of these problems. Here’s how I rolled:

Urgh, withdrawal headaches. This is most of what I remember about the first week. I didn’t really plan meals, and as a result a realised just how much of the things I regularly snack on contain dairy in one form or another. Of course, it’s impossible to know with Korean labels, so for the most part I stayed away from all sorts of junk food. I couldn’t let go of my Kellogg’s Nutri Grain bars though, and those contain milk ingredients. I’m just about used to black tea now; after much experimentation I figured out how I like it. I’ve cut down on coffee despite finding a brand of soy milk that makes it taste creamy and nutty and not all that bad. Less coffee is just a good idea, overall. I may or may not have cheated over the weekend. I started off well with a cheese-free burrito for breakfast, but there’s this rule – you can’t go to Seoul and not eat something you can’t eat at home. And, well, when in Rome…

Week Two started off better, because I planned my meals some. No more headaches, boom! I tried my hand at made-from-scratch banana muffins – deliciously dairy-free. I even added pecans for the fancy factor. Eat-outs consisted of Korean food, which thankfully is dairy-free. Over the weekend, I cheated big-time, for the same reasons as in Week 1. Damn Seoul. But I paid my dues – I felt gross and my skin showed some signs of a less-than-ideal diet.

I’m getting used to planning around dairy and saying no to certain things. Soy

milk is now just “that stuff that goes in my coffee” and I’m used to black tea. I miss cheese, though. By the weekend, my resolve was low, but I tried where  I could.  I gave in to some chocolate, but couldn’t consume even a fraction of the stuff I’m accustomed to. I ordered a giant block of cheese online, and it was very tempting to just give in, but I didn’t.

“Go home, you’re drunk. ” I’ve had enough. I’m just so over all this planning. Thank goodness I don’ t have an actual, life-threatening allergy. Halfway through the week, I gave in and bought some bread, for toast with butter. Yum. I also discovered a soy and black bean loaf at one of the chain bakery, which made the most amazing ham and (ahem) cheese toasted sarmies, with butter of course. I’ll continue buying this bread, as consistency and taste-wise it’s a lot more like bread back home, and even though it costs three times as much as the sweet, white, cake-like loaves available here, I’m happy to upgrade. 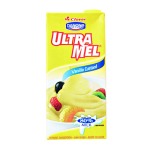 Cutting out massive amounts of dairy did not solve any problems and it had me resorting to pasta for lunch far too often (carb overload, anyone?). I did, however, feel noticeably less sluggish after eating a full meal. I do have more energy, but that could also just be the good weather (finally). My allergies aren’t magically a thing of the past, but I haven’t needed antihistamines as regularly as I used to. In fact, my hayfever is really only triggered by dust and cigarette smoke. So perhaps some good really has come of this. I’ve decided to stick to soy milk and as little butter as possible, but I can say with every confidence that there is a tin of Nestlé Caramel Treat and a box of Ultramel Custard in my immediate future.

One does not turn down treats from home! I’ll stick to black tea, but I will be making some desserts filled with condensed milk. Olive oil has replaced butter in my cooking (damnit, Korea, just get on the margarine train already!), but a cheeseless burrito just isn’t a burrito at all (and of course it has to be smothered in sour cream).

Sadly, Korea is not known for its variety, and alternatives to dairy products just aren’t widely available. And by “widely available” I mean “good luck finding anything but soy milk”. It’s also well-known that for the most part, all brands are just pumped full of hormones, so it’s not exactly the healthiest of alternatives.

Reading labels is another challenge, as it’s all in Hangul. And although I know the Korean word for milk, unfortunately that’s not the only dairy ingredient in things. So for now, I’m a little trapped.

Will I be cutting anything else out of my diet? Not likely. 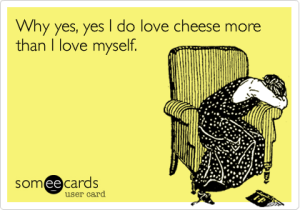 Follow Diary of an expat, teacher, comfort-zone seeker on WordPress.com